I was really surprised when Daddy said we were going to get a very special guest for the weekend, Daddies birthday weekend. 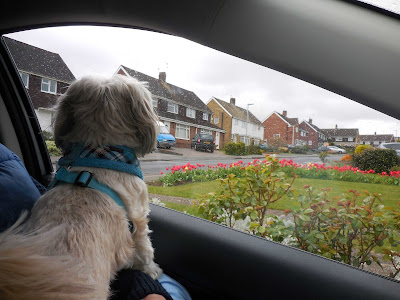 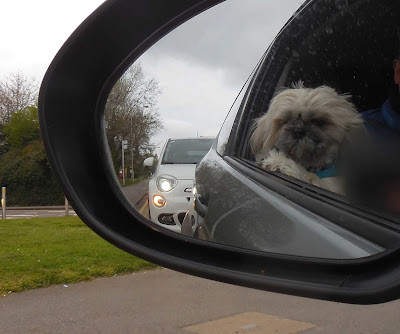 There was lots of traffic 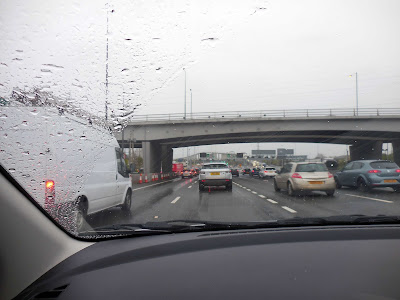 And then we went through a tunnel. 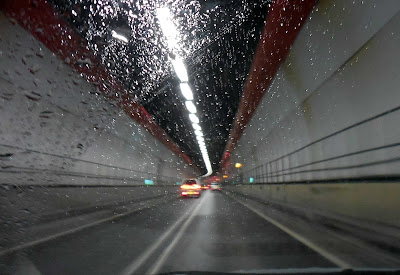 Our special guest was Daddies cousin. She's got a bad foot, I'll lick it better later. 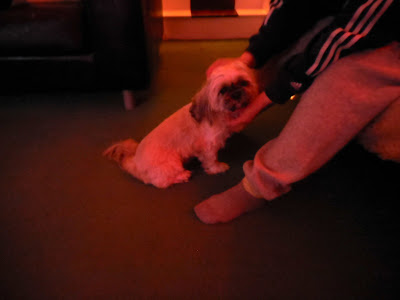 But first we needed a catch up. 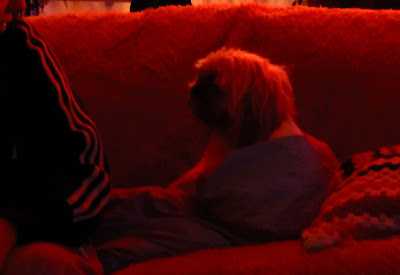 After we told each other our news I jumped on Puppynaps legs to lick the crisp flavour off his fingers. I'm not allowed things like crisps but I am allowed a finger lick. 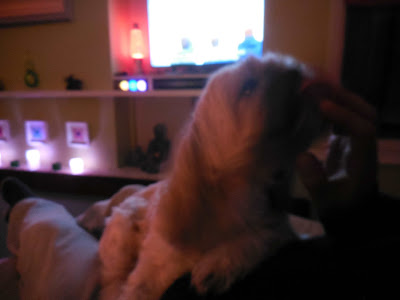