The Land Of Oz - Becoming A Woman

Tonight was a very strange night. We went over to see a girl and a boy and that's when it started.

The boy was there as normal but the girl wasn't, a giant bear was there in her place. The bear played with me for ages and then I realised it was a girl. She had fooled me.

It was about a Wizard who fought a lot of evil witches. It was good though as a girl dressed up as one of the Lollipop men that Puppynap said came from that land. She's being very inventive tonight.

Later everyone gave me lots of attention. Daddy said today was the day that I became a woman. I don't know what he means maybe that's what happens when you meet the Wizard of Oz. 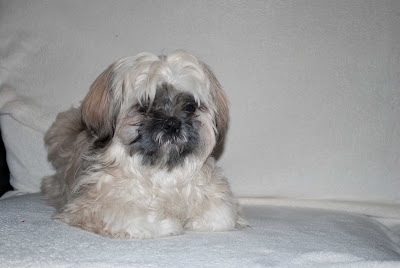