Puppynap always take so long to leave the house when he takes me for a walk getting ready and checking things that sometimes I just give up and go to sleep. Three times he got to the front door today before we actually left.

I've very glad he did take me out though we had such a great time. 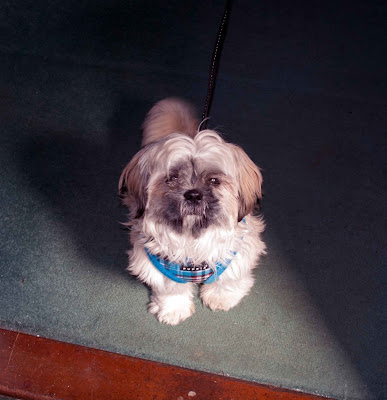 I managed to pick up both a stick and a piece of paper in my mouth at the same time. We had such fun wrestling over it. I don't know why Puppynap wanted it so much cause as soon as he got it he threw them away. 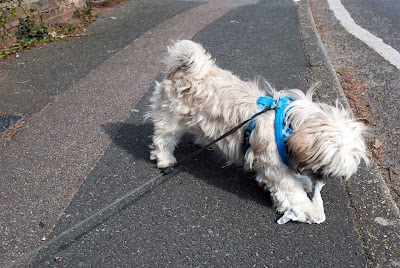 Today we went down the road to the tunnel. He let me sniff around for ages today. I even tried to climb the mountain outside of the tunnel but it was too high even for me. 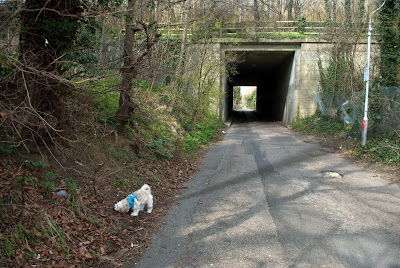 There was no glass on the floor today so Puppynap let me walk through the tunnel. Half way through though he said quick run look there's NEP the tunnel monster. I wasn't frightened but I ran anyway.

On the other side I met another little dog called Ruby. She was only just a lit bit bigger than me but much shyer than I am. She was a lovely little girl I hope I see her again.

After we left her Puppynap took me to the land of twigs. It was great there and I was allowed to play with them for as long as I wanted. 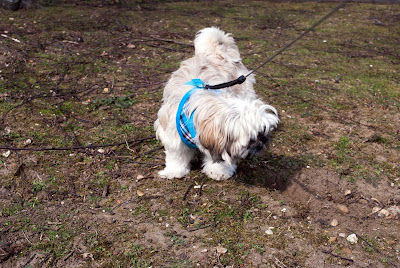 We then went to that place over the motorway and watched all the cars and vans and things going by. They were very noisy, in the end I had to shake all the sound out of my ears. 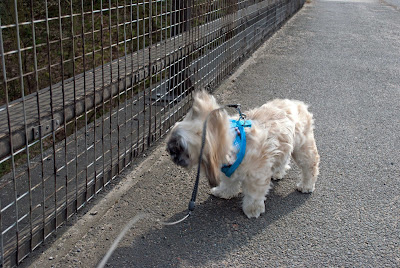 When we came home I didn't want to go indoors yet so I sat on the lawn sunbathing. You always sunbath on grass. Then a lady called M came over to see me and another one of their friends called F came and they all talked for ages. I didn't take any notice of what they were saying there were cats over the road and I wanted to go play with them. One of them who looks just like Lil' came right past me. I tired to chase him but Puppynap wouldn't let me. Oh well I suppose that's good I was very tired by that time. 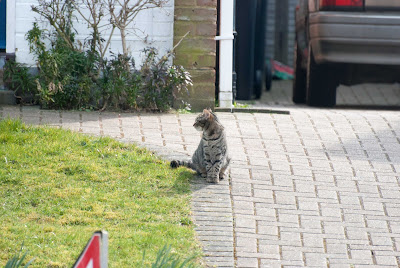