A Sit Down Protest

I've been on such an adventure this afternoon with Puppinanapper. I didn't know where we were going  but then I guessed after we went down the road and not up it that it was to go and see nanny.

When we got to the bottom of the road a lady came out of her garden to say hello to me and she said that she had a little doggy too and that he would bark once he saw me. He saw me straight away and ran around barking and calling out hello.

We went up the alley up the side of her house and I found a gap in the fence and we had a little chat until Puppinanapper said that we needed to go. I said bye and then we ran all the way down the alley. 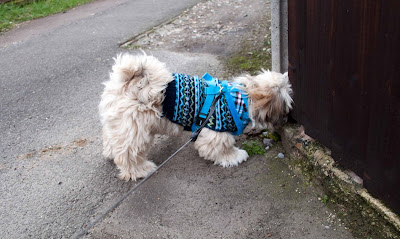 At the other end of the alley there was a man in his garden playing with the stones. He'd left his gloves outside so I picked one up to take it to him. Puppinanapper said that I even though I was just being helpful that I must leave them where he put them. OK. 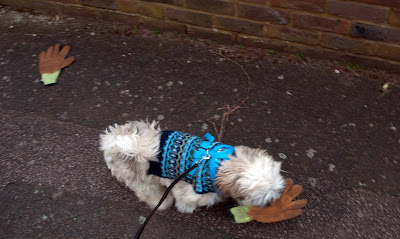 We then went across the big road and up to the stream where there was some ducks. I had a little look but I'm not too bothered about ducks I've seen them before and they don't do much although I like the colour of their heads all green and shiny. 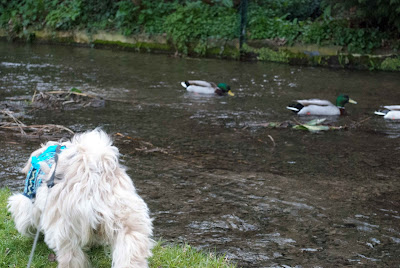 I was more interested in the flowers. I love bulbs I try and did them up in our back garden but I wasn't allowed to here. Puppinanapper says I should leave them and just smell them and look at the flowers when they come through. OK. 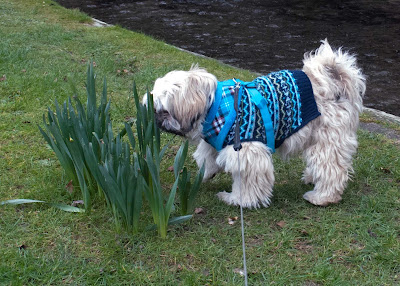 When we got to where nanny is I saw some Squirrels. I love Squirrels they run away from me though and jumped all over one tree to the other tree. I don't think I'll ever manage to catch them but I'm still going to try. 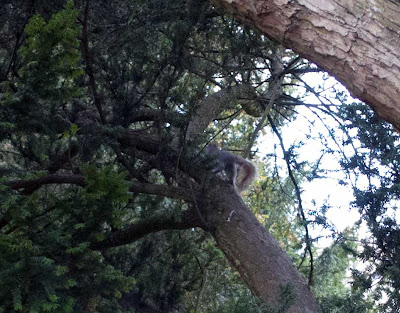 When we was on our way home we went through a great big park where we ran and ran and ran. There was no one else around apart from in the corner a man was sitting on a swing with his little girl. I wanted to stop and watch but I wasn't allowed. 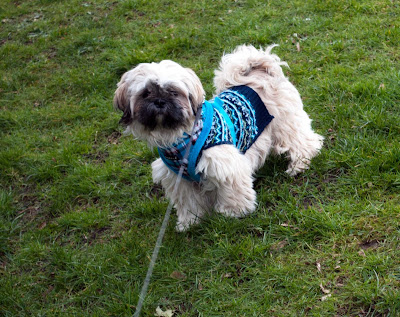 I didn't like that though and then sat down in protest until I got carried away from that place. I was determined I wasn't going to go but there's not a lot you can do when you are being carried. Still it was a great walk and I'm so tired now that I'm home. 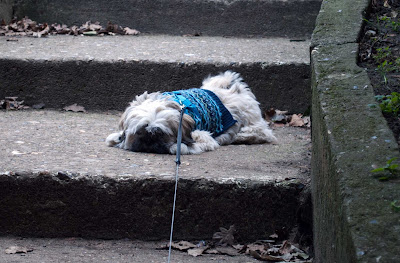