But It Wasn't Time To Go Yet. It Wasn't! 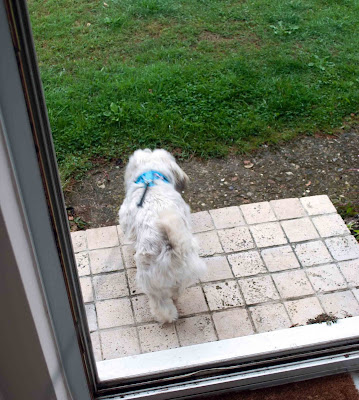 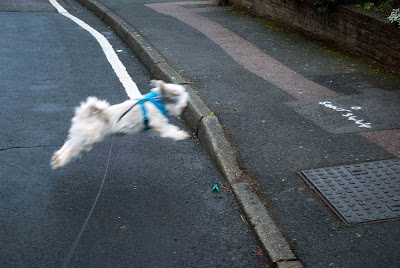 On the other side there was a bush and I sniffed it lots. 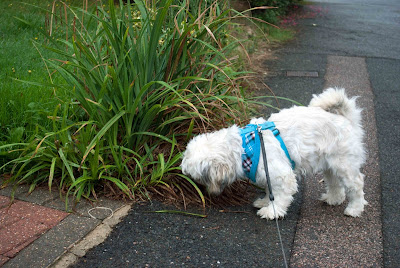 And then I sniffed another one. 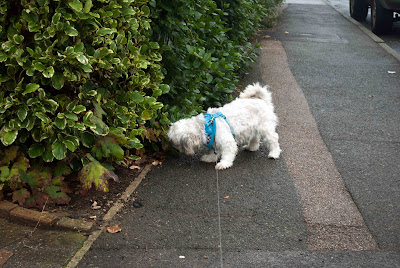 When we came to the big road there was a lot of traffic everywhere and I had to run really fast!

On the other side was a bush. So I sniffed it. 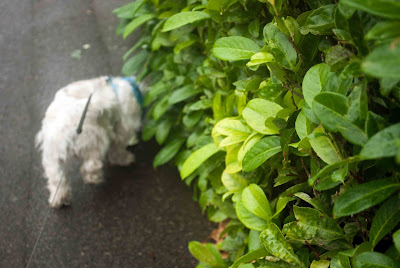 Quick, quick, there's things over there! 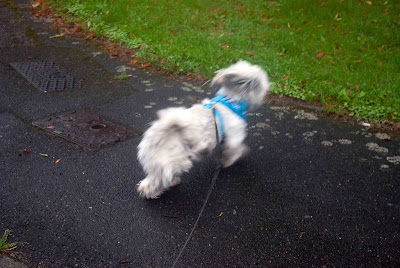 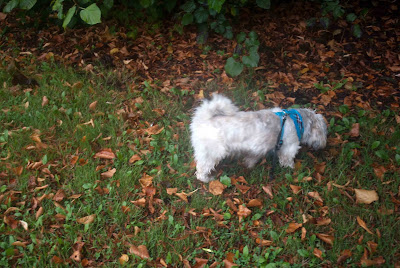 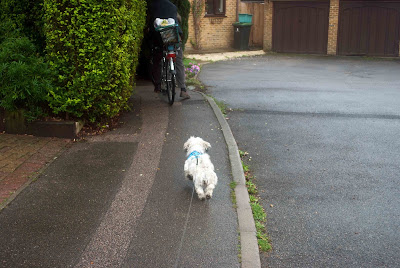 ...and in the alley there was a bush. I sniffed it. 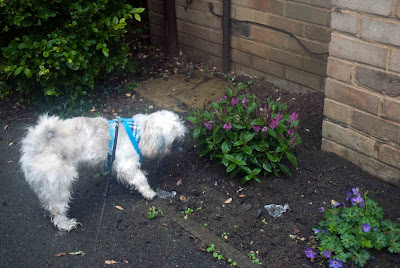 And then we saw the house with all the flowers and the man on the bike lived there and he called out, Oi I live there, and then he chatted to Puppynap for ages. 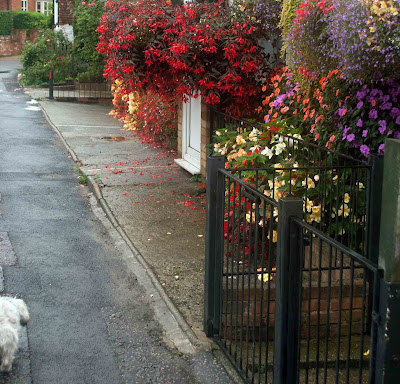 And when we nearly at Nannies I saw another dog just like me called Bongo and I ran over to him and he ran over to me and we played for ages.

And he liked me.

And then they said it was time to go.

But it wasn't time to go yet, it wasn't! 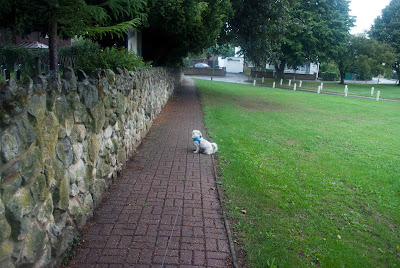