We went over to see a girl and a boy today but the boy wasn't there, he'd gone on holiday a long way away further away than daddies friend WHS. Still it was OK because Phoebe was at home and we had a little chat on the stairs. She told me that Flo was too shy to come down today but that was OK I know sometimes you need some time on your own. 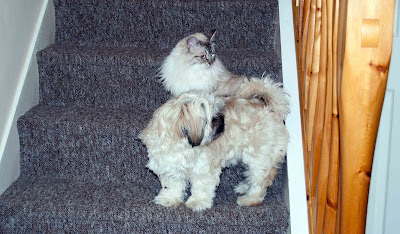 I went and helped the girl in the kitchen with the cooking. I didn't actually do any cooking she did that I fished around in her bins and things and got a sticker stuck on my nose and Puppynap had to pull it off. I tried to shake it off but it wouldn't go away. 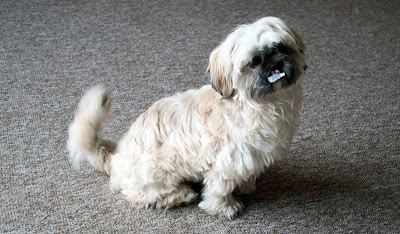 Then after a while I heard a knock on the door and daddy said I had a new friend coming to play with me and all of a sudden another little dog like me came bounding up the stairs. She's a little bit older than me and is called Cookie, she came with her family called the Daze. 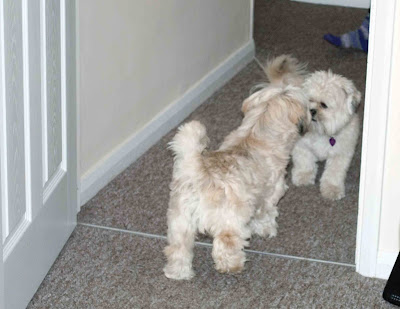 We had lots and lots of fun running around and chasing each other for most of the day. Sometimes she tried to get me to give her a piggy back but I wasn't down with that but I was down with following her around everywhere. 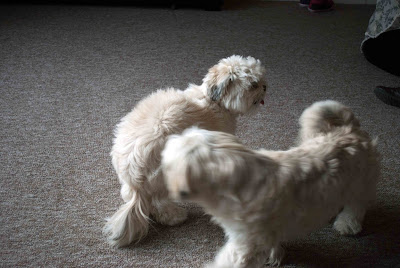 We then played Monkey Bingo and we must have won as the girl gave us lots of treats. I hope I see Cookie again soon. 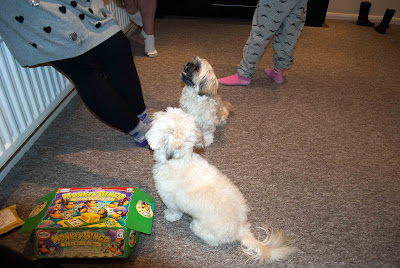