Puppynap said he promised me he would take me out for an adventure today and he kept to his word, he put my jumper on me. I know not to get too excited when he does that as it then takes him about 20 minutes to actually leave the house. 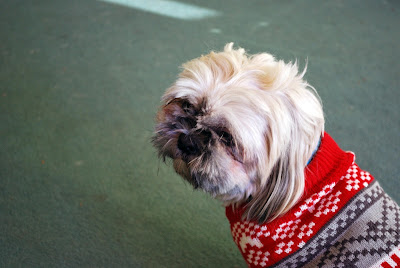 By the time we did I was feeling a little bit tired. 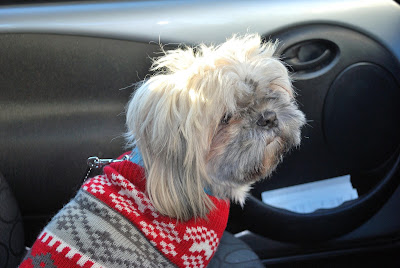 But I didn't have time to have a sleep as we was there very quickly.

And then a lady came up to me and said I was lovely, she had a little doggie with her and we ran around playing for a bit. She said Puppynap should let me off my lead but he said he was too worried I would run away. She then said if we were going into the quarry he was wearing the wrong shoes as it was very muddy. 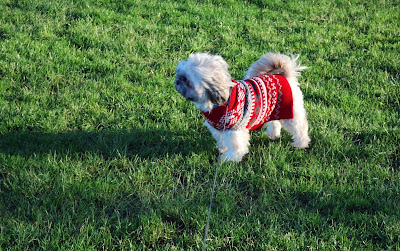 Some other doggies came over to say hello and we played for a bit then Puppynap said it was time to say goodbye and we went towards the quarry place. 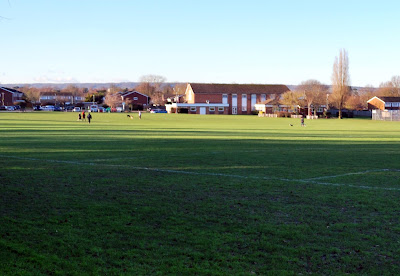 Yes I can smell some other doggies have been this way. 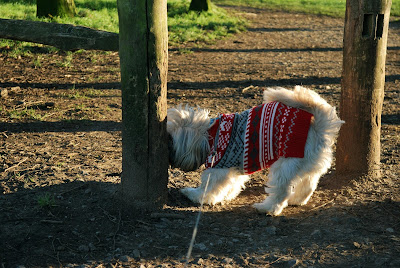 Brilliant wide open spaces and loads of mud for me to play in, although Puppynap said I shouldn't get too muddy. 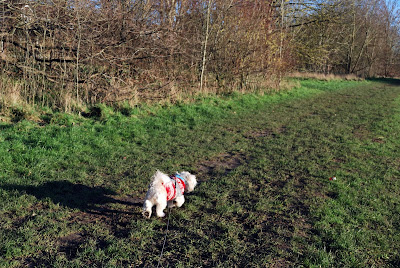 Yes well we'll see about that! 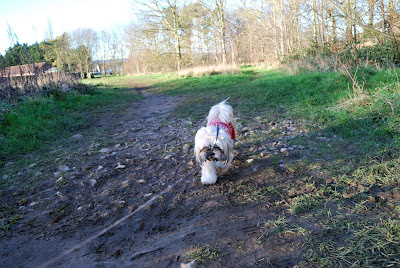 Then there was the first big mud puddle. I could have walked around it... 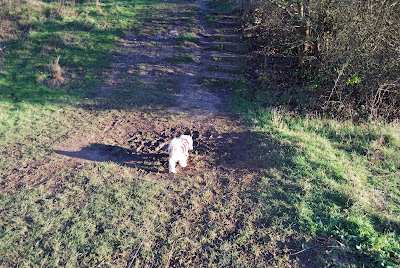 ...but I didn't, I went straight through it! 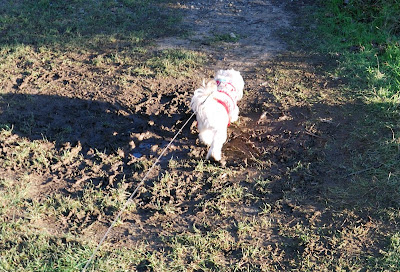 Come on Puppynap, you can make it up the steep hill, just make sure you don't slip over. 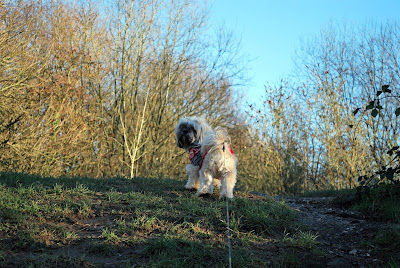 There's some lovely tree's up here. 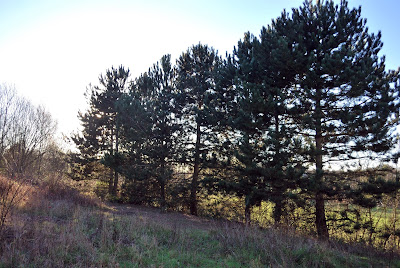 Puppynap then said I could go wherever I wanted. 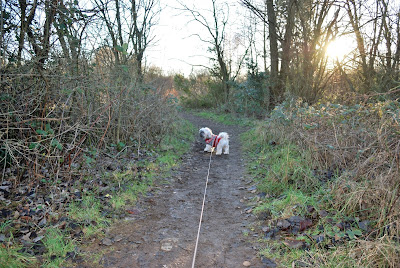 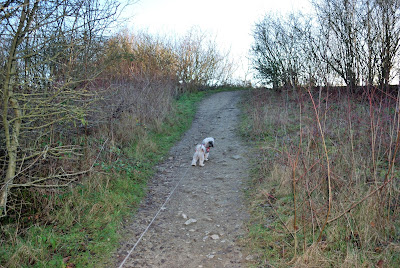 Towards this big muddy bit. You'll enjoy it I pwomise! 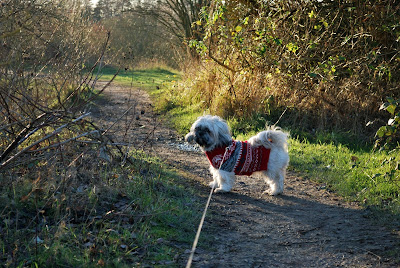 He didn't like it much I really thought he would but when he slipped over I think that was hen he didn't enjoy it much. I waited for him while he cleaned himself up and looked at the lorries going by. 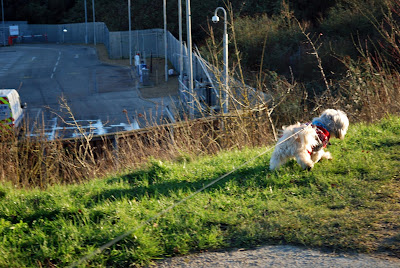 Puppynap says that sometimes the more you try something the more you can like it so I took him through another big water and muddy bit. 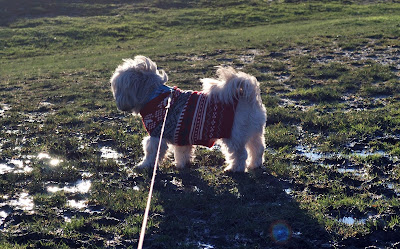 And showed him how to dry your feet on the long grass. He said I was being really clever. 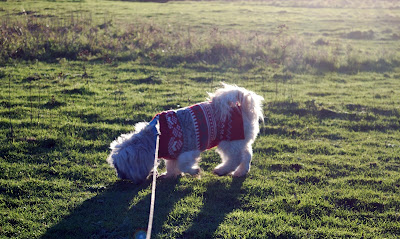 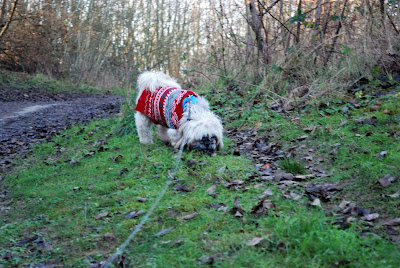 We then went to explore some ancient ruins, that's more up Puppynap's alley. 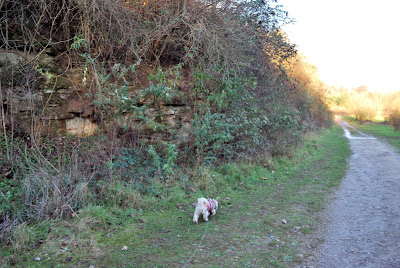 But I was still hoping that Puppynap would enjoy the mud with me. This time is went a little bit wrong and it was so deep I got stuck and Puppynap had to come in and get me. It went right up to me knees. 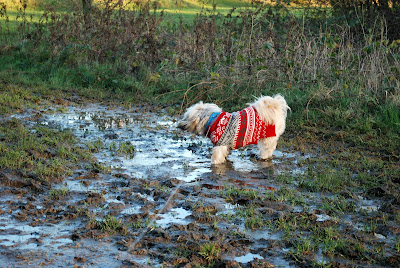 We both then scrapped some mud off on the grass by the ancient ruins. 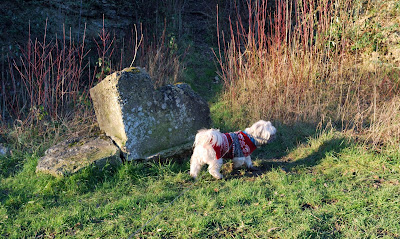 I tried but I really don't Puppynap enjoys mud like I do. 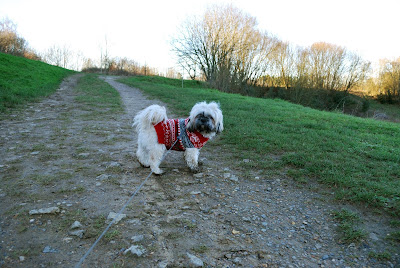 I love it, I had a right mud bath! 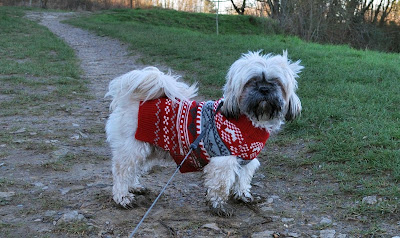