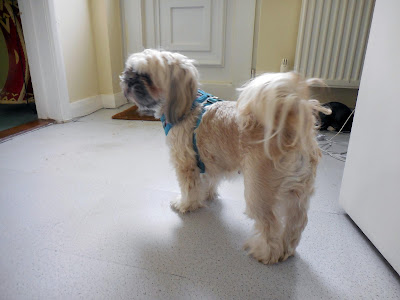 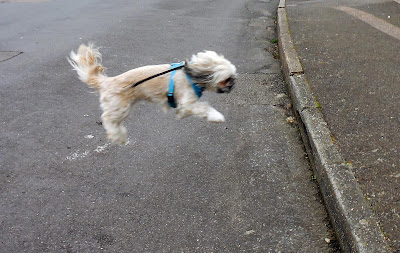 Lots of flowers are out at the moment, Spring is on it's way. 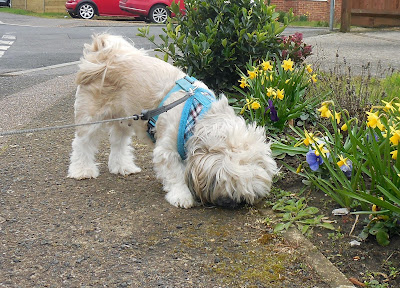 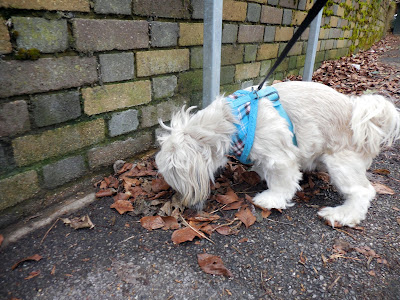 We then went down the road that I always think is a beach because of all the stones... 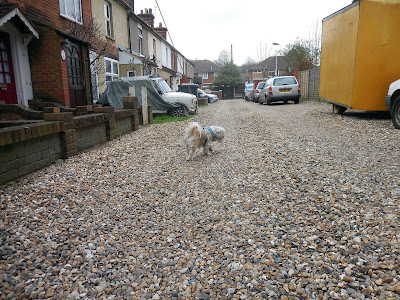 ...at the end I said hello to two cats, a black one like David and a white one. 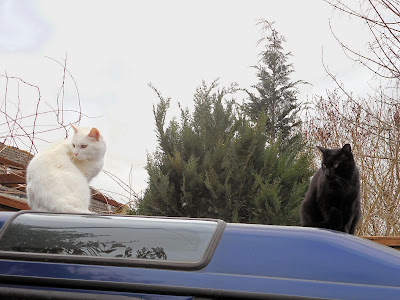 At the end we went through the alley... 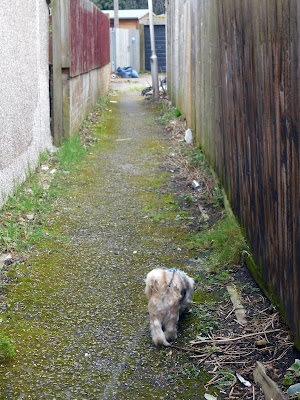 ...and on the other side there was the little river. I had a very close look but it was to high up have a drink. 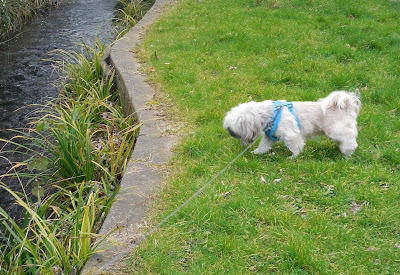 And then I spotted something very disappointing. 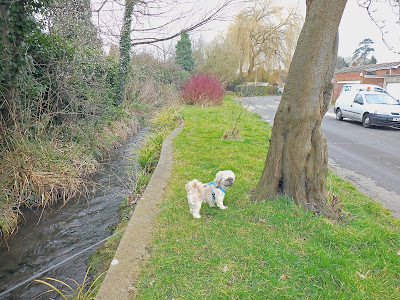 Some rubbish just dropped on the floor. I blame the punk rockers! 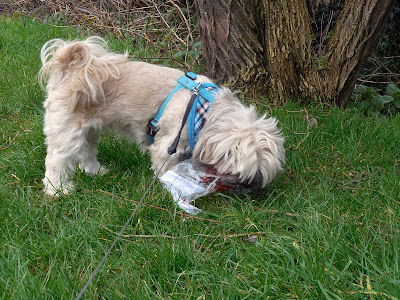 Then it was time to cross the big road, it wasn't very busy today. 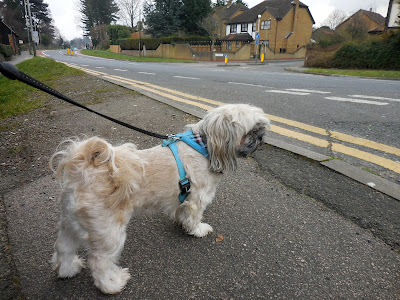 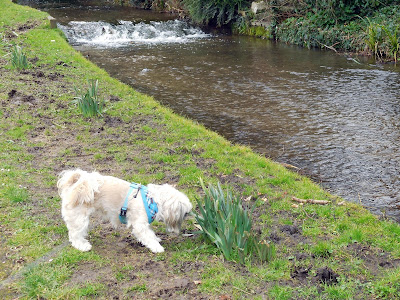 Puppynap said I could play for as long as I wanted as we were early, we needed to be there at 12.15, a very special time.

I had a look at what the builders were doing. 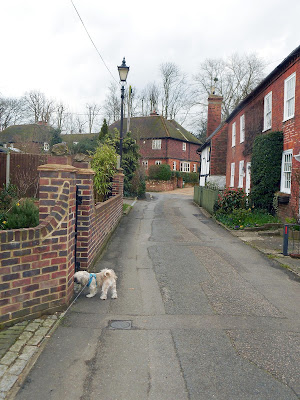 We were still quite early so I took us up by the first part of the river to have a look at the fishes. 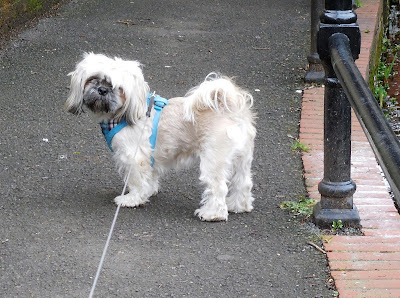 And then I spotted something. Come on quickly... 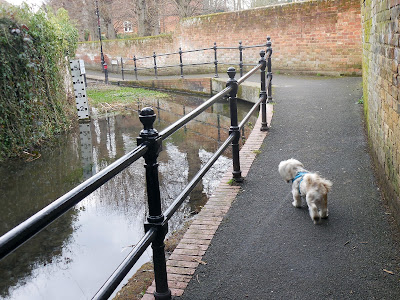 And then just at that moment Puppynap said we had to go, we only had ten minutes to get there... 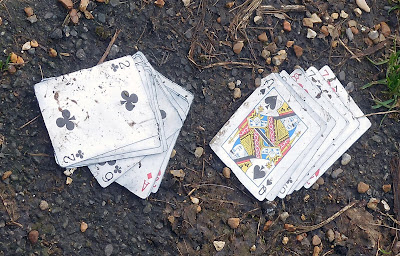 ...and give nanny her flowers. 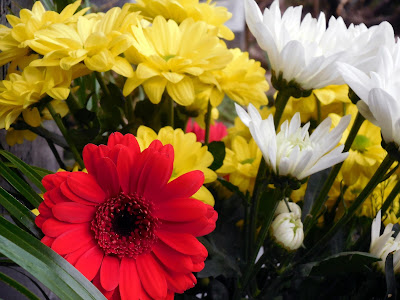